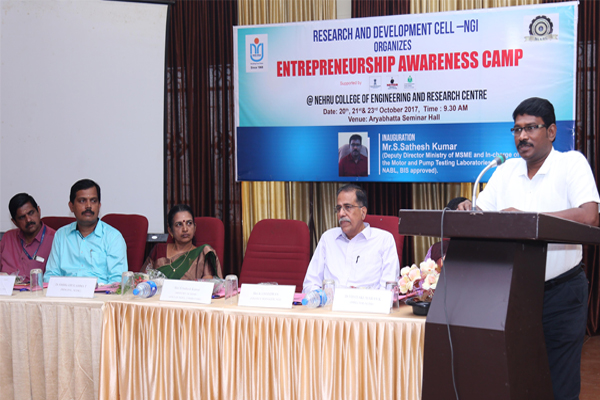 An awareness camp for the second year students was organized by EDC cell of NCERC from 20th to 23rd October 2017. The chief guest for the event was Mr. S Sathesh Kumar, Deputy Director Ministry of MSME. The event was organized to aware the students about the Entrepreneurship and also to make them understand the possibilities of what they have in front of them to support them to be a Entrepreneur.